Normal is boring, as well. The rest of my life may be extremely dull, but I am not boring, simply because I am not normal. These days I’m one of the more sane members of my family, but that doesn’t mean much in a family where insanity doesn’t just run, it gallops (to paraphrase Cary Grant in ‘Arsenic & Old Lace’). Last month Max told me that he & I were the least crazy people in the family, and that was because we have the highest IQ’s. I wasn’t sure if I should be complimented that he thinks I’m smart, or that he thiks I’m not crazy. Either way, it made me happy. His mother wasn’t as happy that her son insulted both her intelligence & sanity!

I’m on a new antidepressant, and it’s helping so far. But something is going wrong, because even though I am not missing doses, I’ve had two seizures in the last two weeks. One just last night, a mild one, but I hit my head somewhere. I have a HUGE bump on the top right side of my noggin, and it hurts like crazy. Even laying on the pillow hurt, and I thought I was gonna cry washing my hair in the shower this morning! My next appointment with the epilepsy clinic isn’t until February, but I am going to try to get in earlier, and we wil be discussing changing meds. I want this to be a year where I do not end up in the hospital.
Maybe make semi-sane my new normal. 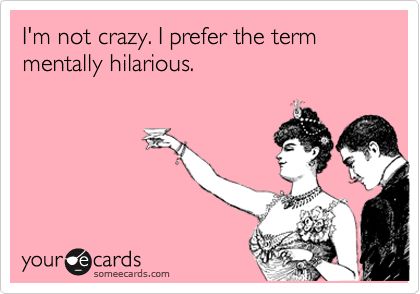 I promised a post about the new house, but this isn’t it. I’m just getting used to the bluetooth keyboard, and am not ready to post big yet. Tomorrow. Lots of pictures, I promise. Before & after, of some spaces, at least.

2 thoughts on “normal people scare me”