A while ago, someone sent me a link to a page entitled ‘25 Beautifully Illustrated Thought-Provoking Questions.’ I glanced at it, thinking “Hey, that’s nifty,” bookmarked it, and went on with my life. Today I stumbled upon it again, and a few of these questions hit me right between the eyes.
The last few weeks have been rough, and I’ve spent a lot of time feeling sorry for myself. Complaining, whining, bitching, whatever you want to call it, I’ve done them all-in spades. (There is a reason I called this site “Read Between the WHINES!”) Not enough money, bad health, bad weather, too many stupid commercials, nothing good to eat, blah blah blah. The worst thing was, after two-and-a-half years without a seizure, I had a whopper of a fit. Ended up with a huge headache, sore muscles and a nasty bitten tongue. Poor Jonna.
Then, as I was scrolling through these photos today, this question struck me.

Of course, I am aware that others have things much worse than I do. I’ve always been aware of that, but sometimes I forget. When I began having seizures at age 15, I took it in stride, and never made a big deal out of it, partly because my friends didn’t. If my friends had flipped out, I might have, but not one of them did. I’m sure there were people in our small town high school who thought I was a weirdo, but I was not aware of them. My mom always took it the hardest. And when I began seeing specialists at the OHSU Epilepsy Center, and met young people who had never been able to have any kind of normal life because of their seizures, that was reaffirmed. I was able to do almost everything that so-called normal people did: I worked, I had a home, a life. I never had to wear a helmet, or be confined to a wheelchair. For a long time, I even drove! (Looking back at that, I am amazed at how careless I was with others lives!) Many people who have the type of seizures I do (tonic-clonic, formerly referred to as grand mal) often lose control of their bladder and/or bowels during a seizure. I have always been extremely thankful that this has never once happened to me!
So yes, I am aware that others have things much worse, in many areas. I am struggling financially, but what that really means is that I don’t have spending money, and cannot afford to move. I am not homeless, nor will I be; nor am I going hungry. My family is always here for me, and I for them; so many don’t have that. So, I cannot buy a new book, or get a manicure. I have a perfectly good library card, and a drawer full of nail polish. So, I can’t afford that gym membership. I’d probably never go, anyway! I have perfectly good walking shoes, and the neighborhood behind us has sidewalks. 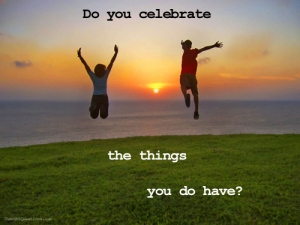 This month I turn forty-five years old, and shortly after that, the anniversary of Michele’s death arrives. I miss her every day. If Shel was anything, she was positive, and she would want me to celebrate what I have, not what I am missing. Somehow, I think finding these pictures was her way of reminding me of that.

I am a disabled bookworm, pop culture junkie, and one of the laziest bloggers on earth. Between my whining about the pitfalls & making whoopee about the blessings of this amazing life, I may just toss some book reviews your way! View all posts by Jonna